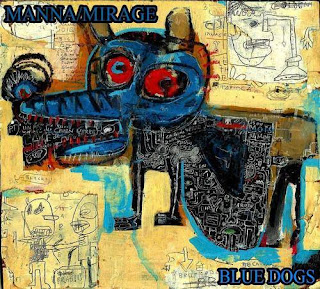 One of my favorite new albums was released at the end of 2015 and showcases seven compositions by Dave Newhouse​. The sound is punctuated by his incisive keyboards and features his one-man woodwind ensemble. Also featured are fellow members of The Muffins​, Paul Sears​ (drums) Billy Swann​ (bass) plus guests.

The Muffins are a Washington DC area band that has been together since the early 70's.  While their sound is grounded in the Canterbury rock/jazz school (Soft Machine, Gong and Caravan, for example), this spin-off group leans a bit more towards mainstream and big band jazz.

The compositions and arrangements are refreshing and tight. There is a worthy and fitting homage to Ellington jazz but, in true Canterbury style, there are also whimsical moments to put a smile on your face and even a nod or two to Frank Zappa.

There is quite a range stylistically, from the dreamy "Lost in a Photograph" to the rock/jazz energy of "Blind Eye".  My other favorites are "Shwang Time," with its driving New Orleans party vibe and "Rovian Cue", which ends the album with an upbeat soaring horn arrangement and Dave's piano firmly in the driver's seat.

The cool harmonies and rhythmic interplay are crystal clear -- no easy feat given the complexity of some of the arrangements. Kudos to the recording team at Abin Sur Studios in New Market, MD and mixing/post production at Orion Studios in Baltimore. My only wish is that the album were longer but apparently a followup is already in the works.

Additional info and CD available at: